Using EMOTION COACHING to be a Better Parent

Obviously, I did not know, all those years ago, that I would end up studying counseling and coaching, or that I would be fascinated with family coaching. And when, months ago, I did some training through the Gottman Institute on emotion coaching, I did not realize how absolutely vital emotion coaching had been through all the years of parenting and how I still had a lot to learn!

My youngest son, Lane, will be nine years old in a week. And the emotion he most identifies with is anger. He is also our child who has Sensory Processing Disorder and is on the Autism Spectrum. However, since learning about Emotion Coaching, I have been able to further understand how to better help Lane cope with his feelings of frustration that lead him to become angry and stay angry.

And then there is my teenage oldest son, Lane, who will soon be 14. Puberty throws emotions into a tailspin, and often times, we have a young man who is moody, yet sensitive, yet short-tempered, yet overly ecstatic. Those emotions have become a turbulent roller coaster ride and he needs me, more than ever, to offer the calmness that emotion coaching provides!

Our children need us, at every age. There is no magic age where we say, "Okay, you're old enough now, you now understand your emotions! Viola!" Shoot, I am forty years old and at times I still wonder what the heck am I thinking and feeling!!! The first thing you need to do as a parent is understand your OWN emotional philosophy. How do YOU deal with feelings of anger, sadness, being scared, and having self-confidence? Once you come to terms with how YOU deal, your next step is to connect with your child. Not once or twice, but OFTEN! When your child was learning to walk, did you help them once or twice, or was it OFTEN, like many times daily? Think about it, as parents, we are constantly helping our children learn new things. Emotions, and learning how to deal with them, is constant, therefore as good parents, we need to connect OFTEN with our kiddos, helping them through ways to manage those emotions and make changes to their behavior outcomes. Dr. Gottman explains that research show how every human has the desire to express the emotions they feel.

So, HOW, exactly, does a parent actively use Emotion Coaching? Over the next few blogs, I will explain more and more. But for starters, as a parent, you need to be aware of your child's emotions and use those emotions as a learning tool.

Yesterday I had to opportunity to work with Lane regarding his anger. A situation had happened at school during his library time, where the entire class got into trouble and as a result, would be losing some recess time. Lane, who, because of where he is on the Autism Spectrum, is a stickler for the rules and everything being about fairness. For Lane, there are no gray areas. So, he was beyond angry after school, crying out of frustration, and swearing he was never going back to school, and certainly not back to library. He had spent the last half hour of his school time, his next twenty minutes waiting for big brother to get out of school, and the good part of his evening feeling anger. (That is a long time for a little kid to be so angry!) He could not shake it. I have learned to let Lane speak, and REALLY showing active listening. Then, empathize, saying "Gosh, I know how that feels. It feels like... Is that how you felt or did you feel different? Tell me more about how you feel." At that point, we talk about OTHER feelings. As Lane describes how he feels, he doesn't know what those emotions are called, so this provides the opportunity to teach him the other emotions he is feeling. Then I help him determine how to handle those feelings and emotions. How to regulate what he feels. This helps him to become calm and the willingness now to listen to how to handle himself when these situations arise that make him emotional.

Being a parent is hard work. Being in control of my own emotions is sometimes hard work. But it is all absolutely worth it! Your child needs you, and needs to follow your example! I hope you will join me the next few weeks as I talk more about being an Emotion Coaching parent!

Lessons in Fighting-For your Marriage Week 3

Lessons in Fighting (for your Marriage) Week 2

Lessons in Fighting (for your marriage)

5 Ways to Emotion Coach your Child, using "Inside Out" 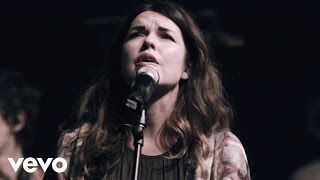 Music Speaks When I Can Not

What I have learned about Servant Leadership

Serving Your Spouse- Do YOU?

Communication in the key!

Resolutions are just GOALS- Smash them in 2017!

When Setbacks Get You Down

Lessons in Fighting-For your Marriage Week 3

Lessons in Fighting (for your Marriage) Week 2

Lessons in Fighting (for your marriage)

5 Ways to Emotion Coach your Child, using "Inside Out"

Music Speaks When I Can Not

What I have learned about Servant Leadership

Serving Your Spouse- Do YOU?

How to STOP, COLLABORATE, and LISTEN in your marriage!